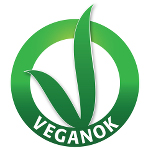 VEGANOK is the first and only standard for Ethical Vegan products created in Italy, whose staff is entirely vegan. In depth knowledge of every aspect of the Vegan choice characterizes our work. VEGANOK is the most known ethical standard with over 1000 companies, services and tens of thousands of products certified around the world.

VEGANOK Network is an articulate editorial and ethic organization.

The Network numbers: more than 75,000 pages are viewed daily, generating an average traffic of 2 million and a half pages / month. A newsletter sent every week to all members with the latest news.

VEGANOK is the first certification for Ethical Vegan products created in Italy www.veganok.com

PROMISELAND.IT is the most influential and consulted website about Ethics and Vegan news in Italy www.promiseland.it

VEGANBLOG.IT is the most important community of Vegan cooking enthusiasts with over 20,000 recipes accompanied by photographs, explanations, comments, suggestions and with 800 chefs who daily share new recipes www.veganblog.it

OSSERVATORIO VEGANOK is a statistical reporting organization for journalists, companies, analysts and associations, which provides official and updated data on vegan market www.osservatorioveganok.com

IMPORTANT:
It is strictly forbidden to use VEGANOK trademark for commercial purposes without permission. Any commercial use must be explicitly authorized.